A day well spent at a job you like, time cherished with family and friends, a good night’s sleep— these are simple pleasures that we often take for granted… until something comes along the way to disrupt this balance.

Passionate about work, family, social work and his active daily routine, Akhil Bhargava lives a full life, a fulfilling life. At almost 60 years of age, Akhil knows that the smallest of things help make up a beautiful bigger picture. From a daily walk in the morning and a full day’s work to spending time on the weekend with his wife while watching his children make strides in their careers and personal lives, Akhil rests easy at night knowing he is doing all that he can to live a life he loves.

However, a little over a year ago, things took a turn in his life...

Of diagnosis and dependency

On a visit to his daughter in another city, Akhil was hospitalised after experiencing chest pain. It was a heart attack. He was fitted with a cardiovascular stent which treated the problem at hand. Once discharged, Akhil left for his hometown and was busy settling into his daily routine, when life threw another curveball at him.

He felt an onset of severe fatigue, which indicated that something else was also not quite right and what followed was months of consultations about his new set of health issues and disturbed, sleepless nights as well.

Life felt worrisome and extremely limited. And for someone like Akhil who was used to an active and independent lifestyle...it was very difficult to make peace with this.

Soon after, Akhil was diagnosed with a mitral valve leak –  a condition where the blood flows backward instead of flowing forward or leaks past closed heart valves.

Dr. Ravinder Singh Rao, Interventional & Structural Cardiologist: “Mitral valve regurgitation causes a lot of fluid to get accumulated in the lungs. These patients would go to bed and in the middle of night they would sit up, gasping for breath.  They would have repeated hospitalizations. The quality of life goes down.”

As Akhil often says, something only people who have experienced heart conditions will know, is that it chips away at the little things one takes for granted. When it comes to critical health issues such as those related to the heart, we often tend to overlook the smaller, unobvious ways in which the condition persistently disrupts normal life. We don't expect something as basic as sleep to be affected by a heart condition. But this relationship between a mitral valve leak and the dearth of sleep is an intricately intertwined and critical one.

The lack of sleep was just one aspect that was causing Akhil strain; it was also the disturbance of “normal” life during waking hours that took an emotional and physical toll on him. While he was grateful for the care and support from his family, it was extremely difficult for him to see his loved ones put their lives on hold to look after him. The disruption to their lives, as often seen with caregivers, weighed heavy on him.

The diagnosis, however, brought with it a glimmer of hope. A senior cardiologist suggested ‘clipping’ i.e. transcatheter mitral valve repair, known for its long-ranging impacts on patients worldwide. And after opting for the procedure, it’s safe to say that his life started to look up again!

Dr. Ravinder Singh Rao, Interventional & Structural Cardiologist: “By putting in a clip, we treated Akhil’s mitral regurgitation. Interestingly, the very first day, he could lie down flat and he said to us and I quote – Doctor, I’m sleeping for the first time in six months like a baby.”

Akhil was discharged from the hospital in just a few days after the procedure and he felt an improvement almost immediately. As he shares, he felt like he had received a renewed lease on life after the treatment; a second innings if you will! An innings where he could now balance work, play and rest in a way that worked best for him and had him looking forward to the next chapter of life— retirement.

Game-changing healthcare technologies enable minimally-invasive procedures and faster recovery times, helping people like Akhil enhance the quality of their lives. Akhil is now back to work, enjoying his daily walks to stay fit and has an active, fulfilling life with family and social commitments. He now rests easier and is focussing on what truly matters to him, without feeling the constant need to stress about his health. He feels like his old self again – and what a relief that has been.

Akhil: “I felt like I got a new lease on life. Now I have no issues in sleeping. I sleep very well and in fact for even longer durations now. I will be retiring in January and I’m looking forward to travelling and fulfilling all of my wife’s dreams!”

Healthcare innovations empower people living with cardiovascular disease to not only significantly improve their health conditions, but also the condition of their lives. It helps people to be more than just their illness or symptoms – but to be more ‘themselves’. Technology has the power to change lives, and for people like Akhil, who embrace every stage of life with gusto, it can be wonderfully life-affirming as well! 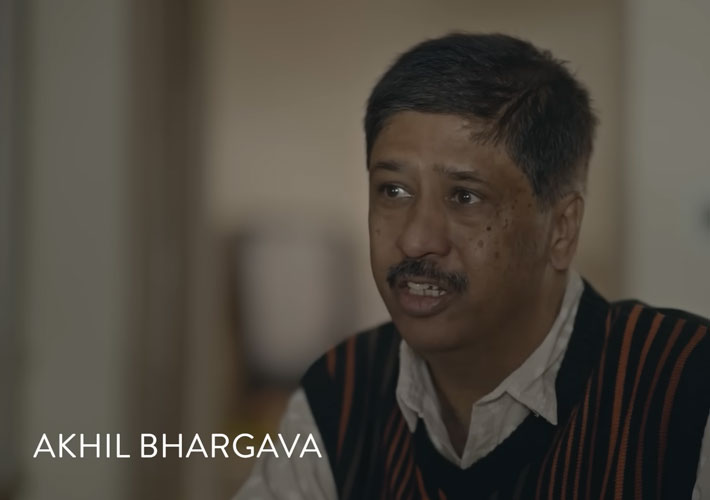 Disclaimer: This publication/article/editorial is meant for awareness/educational purposes and does not constitute or imply an endorsement, sponsorship or recommendation of any products. Please consult your doctor/healthcare practitioner before starting any diet, medication or exercise.