Shalini's Love for Sound Echoes Her Passion for Life

Shalini Agarwal stands high above a river canyon on a bungee jumping rig. From her platform perch, she has a clear view of the river steadily flowing below. But she's not here to enjoy the scenery. To her left is Nitish Sharma, directing a scene with Priya Patel, who is about the make the leap, while Shalini is holding a boom microphone. Today, she is on a film location working as a sound designer, recording every audible note.

As she closes her eyes, her ears pick up on rich sounds — the metallic click of the bungee jumper's safety harness and the wind whipping around her on the elevated platform. She holds steady and drinks in the auditory details that surround her.

A Passion for Sound

Shalini's love for sound began at a young age. She always had a passion for music, as a guitarist and singer, but it was her love for cinema that brought her to film school. In school, she began watching films from all over the world, and knew quickly that this is where she belonged.

"That's where my love for sound really grew," she says. "I was studying English literature before that, and I think they really complement each other. Sound, cinema, literature — they all go hand in hand."

Although it wasn't an easy industry to break into ("there are very few women in this field," she says), she has worked steadily and built up an impressive resume. Over the past 12 years she has worked on feature films, documentaries and commercials, with eminent directors and producers like Danny Boyle, Ang Lee, John Madden, Angelina Jolie and Mira Nair.

"Once the visuals come together and the film is edited," Shalini says, "I design the sound, which is rearing all these sounds, using all the raw material, creating a mix so that the audience — the person who's watching this film — is immersed in the world of these characters."

A Pause in Action

Six years ago, life threw Shalini a curveball. She was diagnosed with a thyroid disorder, which if untreated can spell considerable health issues. But Shalini is a fighter, and this wasn't going to derail her personal or professional dreams.

"I have a thyroid disorder," she says, "And I'm not going to let it stop me."

After her diagnosis, however, Shalini wanted to keep pace with the demands of her profession. She made sure to take medication every day and got tested regularly to ensure that the thyroid hormones remained within the correct range.

Her first day back at work worried her. She would be traveling the Himalayas, carrying heavy equipment — sometimes as much as 30 kilograms — across challenging terrain and under severe weather conditions. Initially, Shalini was concerned this shoot would be too intense, though she was determined to make it work.

And that was the spirit that helped her push through the shoot's challenges and bring the film to life with the flourish of her sound design.

Her Passion Echoes On

Thyroid disorder can bring with it good days and bad days. Mood swings and exhaustion can easily bring a person down; so to stay positive, Shalini keeps her spirits high with her favourite hobbies, like listening to music, swimming, meditating, and reading. In the end, her thyroid disorder is far from an insurmountable challenge. Her diagnosis has only strengthened her resolve to break new barriers.

Even on a bad day she looks forward to "music, a good shoot, being around a good film crew, bonding with people, and watching a good film." Her passions for sound and film continue to drive her.

"I am a very ambitious person," Shalini says. "There is so much to explore in life and so much to do and so little time; there is no point in worrying. Having that in the back of my mind keeps me going."

Thanks to the modern healthcare there are millions, like Shalini, who can now lead a life full of ambition and experiences. Here's how Abbott has been helping women across the globe stay healthy: 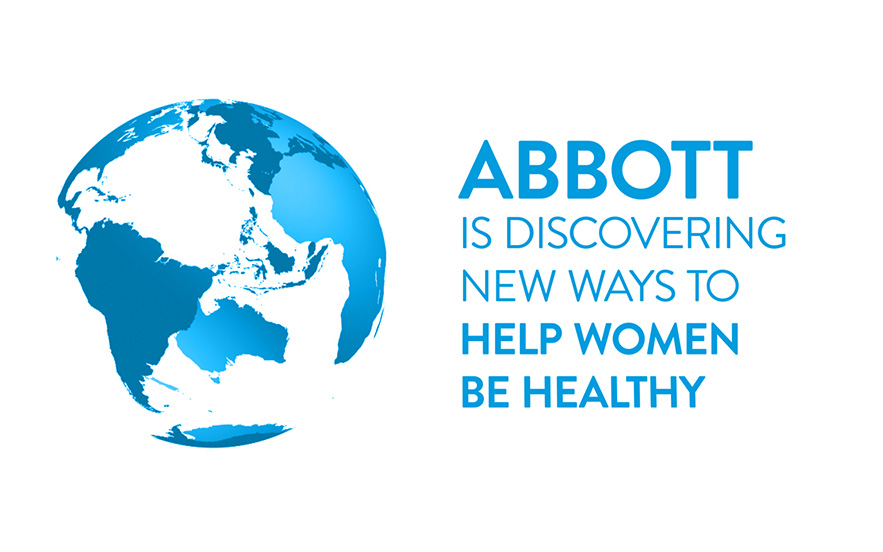